Posted on June 7, 2017 by Toni Marie
Please share with your friends... 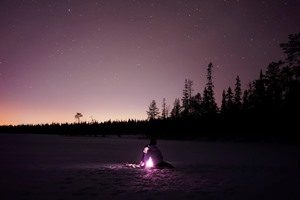 They say that “we travel not to escape life, but for life not to escape us,” but with everything that’s happening right now, it seems like the world has become a much more dangerous place, leaving us wondering if it’s still safe to wander and explore.

Last month, Travel and Leisure put up a list of the safest countries to visit in 2017, based on the World Economic Forum’s Travel and Tourism Competitiveness Report, in which countries are measured according to the number of terrorist incidents, fatalities, injuries, crime and violence, as well as the reliability of police services.

From the 10 countries on the list, let’s take a look at the top 5 destinations that you might consider visiting this year.

This Nordic country still remains on the number one spot since the last report.  It’s safe to say that you will still be able to see the Northern Lights and cross that off your bucket list.  But aside from the Aurora borealis, the country is also known for its picturesque lakes, fresh air, saunas, wild life and urban scene.  There’s so much to see and explore in Finland that will fit every traveler’s taste.

Home to the tallest building in the world, the Burj Khalifa, UAE is a place that everyone should visit at least once in their lifetime.  Dubai, which is one of the emirates comprising the country, is a modern and open city that travelers and expats will undoubtedly enjoy.  The country’s tourism is definitely world-class.

Here’s another country to see the famous Northern Lights… and watch the whales too!  Iceland is also famous for the Blue Lagoon Geothermal Spa, one of the 25 wonders of the world.  There’s just so much to see in Iceland – majestic geological formations, waterfalls, hot springs, geysers and more.

Unlike its neighboring countries,, Oman is one of the Arab countries with the lowest incidence of terrorism in the world.  With its geologically stunning sceneries – desert, beaches, coastlines, green valleys and local markets, Oman is definitely a unique sight to see and a one of a kind culture to experience and learn about.

Last on the top half is the first Asian country on the list, which is said to be the “most thrilling city on the planet,” according to the National Geographic.  It’s brimming with tourist attractions, shopping centers, and not to mention, an extensive transportation network linking the city’s various districts.

Following Hong Kong are Singapore, Norway, Switzerland, Rwanda and Qatar, respectively.  However, as of this writing, Qatar is facing a diplomatic crisis, as several Arab countries have cut ties due to Qatar’s “embrace of various terrorist and sectarian groups aimed at destabilizing the region.” (The Guardian)

Guess, you’ll just have to choose among the top 9 destinations for now.