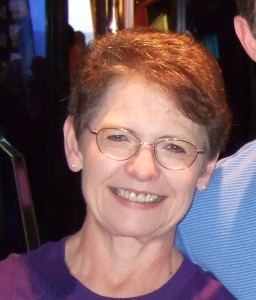 The United States Census Bureau considers a baby boomer to be someone born during the demographic birth boom between 1946 and 1964.  That’s really quite a lot of people!  Specifically, seventy-six million American children were born between 1945 and 1964.  Having been born in 1949 myself, I am pretty much in the middle of this bunch.  In October 2011, this covers people that are currently from ages 47 to 65.

At nearly the age of 63, I am slightly toward the upper range of this generation, and my husband, who just turned 60, is somewhat less so, the middle being the age of 56.  Here in a few weeks, I’ll actually be eligible for early retirement…what a concept!  I can’t really remember how I got here so quickly…last time I checked, I was just waving goodbye to 18.

Just to give you a little background, I grew up in a small East Texas town and graduated from Longview High School (Go, Lobos!)  To the great disappointment of my parents, I decided to attend college for one year only, to take a secretarial class. After that, I worked for the East Texas Chamber of Commerce, also in Longview, for three years.  During that time, I married, and the end of the three-year period coincided with the birth of my first child.  I was a stay-at-home mom to both my children, a girl and a boy, until we were forced due to economic reasons to move to the Dallas area.

Although my children and I adapted well to Dallas, city living was very difficult for my husband.  Eventually we parted ways, and he moved back “home.”  Not long after that, I met my current husband (who I alternately call “number 2 and counting,” or “Husband Version 2.0”).  He had the great foresight to support me in my desire to return to college, where I graduated Cum Laude with a B.S. in Accounting and a M.S. in Taxation.  Not long after graduation, I passed the Certified Public Accounting exam, and have enjoyed the benefits and responsibilities of being a CPA ever since.  I currently work in the tax industry as a Senior Analyst for the largest tax software company in the world.

I also have four of the most gorgeous grandchildren that walk the face of the earth.  Yes, I know yours are gorgeous too….oh, well, I guess this is an argument none of us can win!

My other interests include almost everything, but currently at the top of my list are:  finances, food choices, cooking, health, exercise, learning how to support myself on the internet, and cruising.  Trust me, cruising, while last on the list, is FAR from “least.”  I have many goals in life which I have yet to achieve, but the number one goal right now is to find a way to cruise at least one week out of every eight, all year around.  If you’re paying attention, this involves a secondary goal:  no real 9-5 job.

I look forward to interaction with my fellow baby-boomers and also those of other generations.  I think there is much we can learn from one another, and I have never felt, despite the fact that our generation is unique, that we should isolate ourselves from those around us who are of different generations.

Come talk with me!