6 Reasons Why You Should Own an Electric Bike 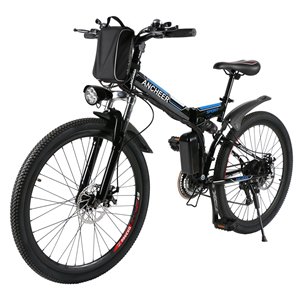 Bicycle commuting is nothing new but e-biking is just beginning to make a big impression in the world of public transportation.  According to The Verge, 2017 will be an important year for personal electric vehicles and Euro-Bike Show predicts that this year will be pretty exciting for electric bikes.

Electric Bikes look exactly the same as ordinary bicycles, but with an integrated electric motor which can be used for propulsion.  Riders still get to pedal so it’s not similar to electric motorcycles.

But with all the other modes of transportation available in the market, why would you want to own an electric bike?  Well, let me tell you why…

1. It saves you from traffic and the woes of public transport.

Depending on where you live, riding your e-bike can save you hours of travel time wasted on traffic.  Not to mention the frustration in the process.  You won’t also have to deal with the stampede of people rushing their way to and from work.

2. It saves you some effort (and some sweat) than ordinary bicycles.

For bike commuters, riding an electronic one requires less effort. Plus, it’s less hard on the knees and joints than the regular one.

3. It still gives you a good workout.

If you think that it won’t burn you calories, think again.  E-bikes still require pedaling so you can still get a good workout.  Electric bikes are also much heavier than normal bikes, so it can still be challenging to pedal through.

4. It doesn’t require license or registration.

You can ride your electronic bike without the need for registration or licensing but every country, state or city has its own regulations and standards so better check your laws first before hitting the road with your e-bike.

You can buy one for less than $1000 and that’s a lot less than a car, right?  Add in the amount you will save from gas, parking fees and maintenance.  That saves you a lot of cash.

6. It’s good for the environment. 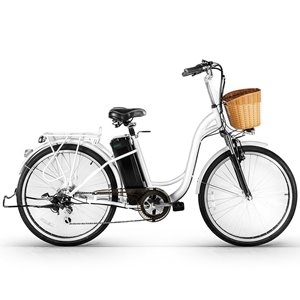 Since e-bikes don’t consume gas, it emits less carbon which is good for the environment.  In case you don’t know, carbon emissions contribute to climate change which can have consequences to human and environmental health.

Toni is a contributing author. In addition to writing about the Baby Boomer generation, she also likes to write about relationships and health.
View all posts by Toni Marie →
This entry was posted in Travel, Useful Gadgets. Bookmark the permalink.