The Top 5 Cheapest European Destinations for 2016 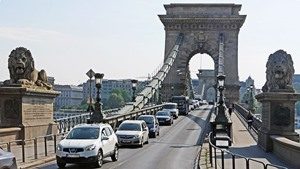 A trip to Europe has always been a staple in every person’s Bucket List.  However, most European cities aren’t cheap and the high price tags make this dream, remain just a dream for most of us.  But do you really want to spend your golden years just imagining the picturesque and storybook-like continent?  Kudos to U.S News for coming up with a list of the Best Affordable Destinations in Europe based on user votes and expert recommendations.  And in this article, we will be discussing to top 5 European destinations that made it into the list.

This is the largest city in Hungary and one of the largest in the European Union.  If you are a history buff, you will love the fairytale architecture and ruin bars that serve the cheapest drinks.  There’s a lot to do in the city but very affordable and easy to get around.  No visit to Budapest is complete without taking a dip in the century-old Thermal Baths.  Budapest is also ranked #7 in the Most Romantic Getaways in Europe.

The City of a Hundred Spires is the capital city of the Czech Republic.  The city is rich in history and known for withstanding numerous invasions, fires and floods.  This is a great destination if you want to travel in time.  It’s home to historical attractions such as the Prague Castle, Charles Bridge and the famous Astronomical Clock.  It’s also famous for its tasty beers so if that’s your thing, then you should visit Prague.

If you want a coastal destination where you can enjoy history and beaches, this capital of Portugal is the place to be.  You will love its Mediterranean Climate where the typical summer season lasts about six months, from May all throughout October.  Lisbon is one of the oldest cities in the world and has a laid-back charm that is very appealing to tourists.

This stunning walled city in southern Croatia will leave you in awe.  It is fronting the Adriatic Sea, encircled with massive stone walls completed in the 16th century.  Visiting Dubrovnik is like being in a fairytale where you can bask in the warm waters while experiencing the rich history that the city offers.

The capital of Turkey bridges Europe and Asia with the commercial and historical centers on the European side and third of its population on the Asian side.  Istanbul is one of the fastest-growing metropolitan economies in the world and named as the world’s fifth most popular tourist destination.  From the impressive skyline to mosques and palaces, Istanbul certainly has a lot to offer.