Top 3 Cities to Retire to in the Philippines

Posted on July 1, 2016 by Toni Marie
Please share with your friends... 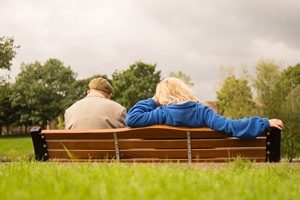 Today, more and more people are choosing to retire abroad because of lower costs of living and a more affordable healthcare, especially in Asia.  One of the countries on Investopedia’s 4 Best Countries for Retiring in Asia is the Philippines.

Philippines is a Southeast Asian country that is comprised of 7,107 islands.  It is a tropical country so if you want an exotic destination to spend your golden years, this is the country for you.  Compared to the Western and European countries, the cost of living is way, way lower.

However, for the past years, there have been a lot of safety issues due to continued violence in certain areas in the country which you should avoid.

Here are 3 of the Best and Safest Cities for you to choose from if you are considering retiring in the Philippines.

Known as the “City of Gentle People,” Dumaguete ranks 5th on Forbe’s list of 7 Best Places to Retire Around the World.  The city has a lot of world-class dive sites and beach resorts which makes it a favorite among tourists and expats.  Right now, there are over 4,000 expats living in the city.

It’s also dubbed as a “University Town” or a “center of learning in the south” that’s why it’s filled with English-speaking and educated locals.

There are also several hospitals that provide good quality medical and dental care.  In fact, there is a hospital resort currently in the works.

So if you are looking for a laid-back city that offers adventure at the same time, Dumaguete is the one for you.

The Queen City of the South is a combination of a modern city and the conveniences of being close to beaches and mountains.  English is widely spoken here that’s why a lot of call centers and telemarketing operations in the world are based here.

Cebu offers expats, retirees and travelers modern and urban amenities like Manila (the capital city of the Philippines) but less chaotic.  When it comes to medical facilities, it’s also a home to the best hospitals in the Philippines such as the Cebu Doctors’ University Hospital.

Now if you are a bit worried if you will be able to endure the humid and warm weather in the Philippines, you’ll love the country’s “Summer Capital” that features a subtropical highland climate.  The coldest months are November to February where the temperature can go as low as 8 degrees Celsius (46 degree Fahrenheit) or even lower in some areas.

You’ll love the city’s lavish gardens filled with beautiful orchids and pine trees, even in the down town areas.  It’s definitely the perfect retirement destination if you are looking for a quaint, green and cool city to settle in.

5 Interesting Facts about the Philippines

Toni is a contributing author. In addition to writing about the Baby Boomer generation, she also likes to write about relationships and health.
View all posts by Toni Marie →
This entry was posted in Retirement, Travel. Bookmark the permalink.