Do you want to live in a retirement community?

In my previous blog post, I asked about your retirement plans.  Of course, many of you aren’t retired, and really aren’t all that close (that would be me, for one).  The economic downturn has caused quite a few of us to reconsider how long we are going to work, but now there’s good news!  At least, that’s what “they” say.  Many who are already retired, though, are considering living in a retirement community during their golden years. 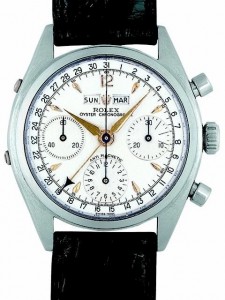 According to the latest reports, the figures show that payrolls rose quite a bit in February, putting the unemployment rate at 8.3 percent.  But what about baby boomers?  Although many boomers are working longer, many wonder whether the jobs will still be there for the older workforce, or whether “do you want fries with that” will be come the battle cry of the aged.  Those who have professional skills likely won’t need to worry about this.

Many other boomers, though, unwilling to give in so easily, are taking classes to update their skills in their current occupation, or even going for advanced degrees and possibly changing careers at this late date. I think many believe that working as long as possible will give them the best ability to choose whether they want to eventually live in a retirement community, or to stay in their own homes.

According to a story in the Chicago Tribune Primetime,  many builders and resort owners are hoping that boomers will join a retirement community.  Approximately 77% of the baby-boomer generation is likely to at least think about joining a retirement community, once it becomes difficult to live at home alone (or even before that).  A continuing care retirement community is a place where “residents live independently, with meals, services, activities and transportation available. Residents may transition through higher levels of care without ever having to move.”

[wp_campaign_1]
I can see the attraction of these retirement communities. Sometimes, just to think, no mowing the grass, no working on the plumbing, no worrying about whether the a/c is on its last legs (or not)…sounds blissful.  Some of the better retirement communities have absolutely wonderful amenities, including spas, golf courses, pools, exercise centers, restaurants and movie theaters. These nicer retirement communities come at a steep price, of course, and my ultimate desire is to be able to enter one of these communities (and afford it), whether I actually do so, or not.

How about you?  Do you want to live in a retirement community eventually?