What are your retirement plans so far?

Do you have retirement plans?  Are you already retired?  Do you wonder whether you’ll ever be able to retire?  Well, you’re not alone!   Although, according to many sources, almost half of the elderly women and nearly 20% of elderly men are single, to their financial detriment, because single people tend to have a much more precarious financial situation than marrieds do.

What’s the problem with retirement plans? 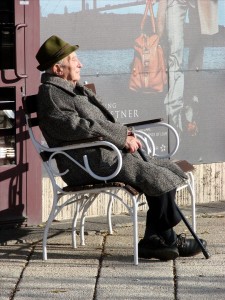 The problem occurs when people don’t get enough growth out of their retirement funds, or, for one reason or another, find that they must retire before they’re ready.  They find themselves in the precarious position of outliving their money, and their retirement plans go far awry.

This is one reason why it’s a good idea to work as long as possible, and save up as much money as possible, though sometimes the economy makes this hard – or impossible.  Well-known money manager Rob Arnott, in an interview with the Wall Street Journal talked about what he calls a “3-D Hurricane of deficit, debt, and demography” which he expects will affect market returns, and thus retirement plans, for many years to come.
[wp_campaign_2]

How will you pay your living expenses in retirement?

I have long wondered, if retired people are expecting to provide their living income by selling their stock and bond holdings, if the biggest part of the population is also retiring, who are they going to sell these assets to?  In order to sell, you must have a buyer, and for the seller, at least, it’s better to have more buyers than sellers.  That keeps the price up.  I am afraid that many people in their retirement years are going to find the value of their assets declining simply because there aren’t enough buyers.  So, all those carefully-crafted retirement plans are going to be for naught.

According to Mr. Arnott, for the first time in the history of the U.S., “the population of senior citizens rises faster than the working age population.”  He predicts even worse in another ten years, with an additional hit on the price of goods going up because there will be fewer active producers and more buyers.  Of course, if China keeps cranking out goods, I suppose that won’t be a problem.

Work through your retirement?

So, what to do?  Work until you drop?  That hardly sounds like an attractive retirement plan.  Mr. Arnott also suggests looking to the stock and bond markets of other nations who have a younger population and lower levels of debt.  They will likely have higher returns on investment. However, this is not a move for the faint of heart.  Be sure if you decide to look at other investment options, you get advice from a financial professional, not the writer of a blog!
[wp_campaign_1]

What are your plans for retirement?  Are you close?  Not close enough?  Do you wish you could retire right now, or do you enjoy your job enough that you keep it because you like it, not because you have to work?