Community Living for Women – Back to Hippiedom? 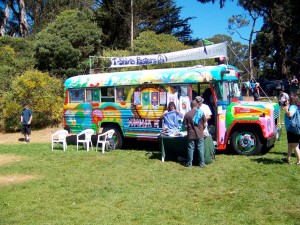 A recent article in HealthNewsDigest.com tells us about the newest trend among women in their sixties.  They are increasingly choosing community living so they can pool their resources and spend their retirement years in the company of like-minded women.

One of the reasons for the upsurge of this trend of community living is that women tend to live longer than men, and men also tend to remarry more quickly after the death of a spouse, or even after a divorce.  Most women take longer to remarry, if indeed they do so at all, so alternative living arrangements can be very comforting and satisfying.

According to an analysis by the AARP, over 480,000 baby boomer women lived with at least one non-related female, and the idea of home sharing has become increasingly popular on both the East and West coast of the US, as well as in Europe.

Far from being a move based on any perceived weakness, women in their sixties are often actively pursuing the community living lifestyle to “actively age with the camaraderie, laughter, understanding and support of other women who share their ideas of healthy lifestyles, good food from their own gardens, green living, and myriad activities on a moment’s notice,” according to the article from Health News Digest.

I can certainly see the benefit of such an arrangement, especially financially and for security and safety purposes. But, I am really not so certain it would work for me – it definitely bears checking out to see if this type of living fits your personality.  After having lived a good part of one’s life alone, or in the company of just one other person, I can see where moving into a communal living arrangement could be difficult to handle.    However, if the arrangements were such that a person had at least a room to herself as a private living space, that might work out quite well.  What do you think?