Top  5 Cities with the Best Healthcare for Baby Boomers

Posted on November 9, 2017 by Toni Marie
Please share with your friends... 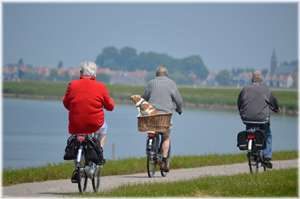 Medical care is an expense that all retirees will eventually face, whether short-term or long-term care.  So it pays to retire in a city where healthcare is easily accessible and at the same time, affordable.

According to reports, the anticipated costs for seniors’ health care have risen, that’s why it is strongly encouraged that retirees should focus on the healthcare factor when planning for their retirement.

That being said, here are the top 5 cities with the best healthcare for people over 50, according to Babyboomers and InsiderMonkey.com:

One of the few factors that they considered in making this list is the WHO’s (World Health Organization) ranking of the world’s best health systems.

Home to the famous Eiffel Tower, Paris ranks number 1 in WHO’s list.  France doesn’t just have the best healthcare system in the world, but is also one of the cheapest in Europe.  The French Healthcare system has now become more accessible and affordable for expats.  Expats who have lived in France for three consecutive months and are permanent legal residents are now eligible to apply for public healthcare coverage. To know more about France’s excellent healthcare system, read here.

Second on the list is a city in Central Italy.  It’s mostly mountainous, which is ideal for a retiree’s health. Italy ranks 2nd on WHO’s best healthcare list, and private medical care is quite affordable too.  Expats will only be able to access public healthcare once they have formally registered for SSN.  Those with residence status and Italian identity card are also able to apply for an Italian health insurance card.

7th on WHO’s ranking but third on this list, is Spain.  Retirement homes are now becoming popular in the country and both public and private hospitals are ranked among the best in the world.  To access the state or public healthcare, register with the local authority before your arrival to get the atarjeta sanitaria (medical card) and get the same healthcare rights as the locals.

Did you know that this city in Portugal’s southernmost region is home to 100,000 resident expat retirees?  The city is home to some of Europe’s sandy beaches, golf resorts, fishing villages, open-air markets, and medieval towns.  Now wonder why it’s a hit among expats and retirees alike.  But aside from these, medical tourism is also growing at a rapid rate in The Algarve, with Portugal ranking 12th on WHO’s best healthcare list.

I’m sure you’re all familiar with what Greece offers – hospitable people, pristine beaches, laid back living, etc.  But aside from the sea, sun, history and food, Crete also offers the best healthcare for seniors and boomers at an affordable cost.  Emergency care is free of charge regardless of your nationality.  However, public healthcare isn’t free for expats unless they are employed in the country, has a social security card and pays for public health insurance.

Toni is a contributing author. In addition to writing about the Baby Boomer generation, she also likes to write about relationships and health.
View all posts by Toni Marie →
This entry was posted in Health, Retirement. Bookmark the permalink.