Posted on February 1, 2017 by Toni Marie
Please share with your friends... 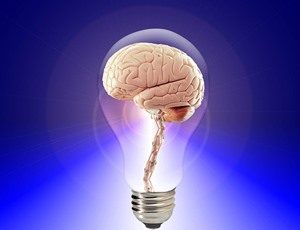 An estimated 5.1 million Americans may have Alzheimer’s Disease, according to Alzheimer’s Foundation of America and the incidence increases in line with the aging population.  Therefore, as the population ages, more and more Americans will be impacted with this disease.

Although there is no cure for Alzheimer’s yet, there are ways to decrease your risk to develop one.

The effects of aging and genetics are uncontrollable but you can help yourself build a strong cognitive function to possibly ward off the degenerative disorder that may attack your nerve cells.

MCI or Mild Cognitive Impairment causes decline in cognitive abilities such as memory and thinking skills.  A person with MCI has an increased risk of developing Alzheimer’s or other types of dementia in the future.

Let’s take a look at the 4 activities mentioned in the study that can help you, decrease the risk of mental decline:

For the tech savvies, you know that there’s a variety of things to do on the computer – playing games such as Solitaire, reading and researching, being on social media, blog posting, watching videos, etc.  If you have an old desktop that is just collecting dust at home, it’s time to clean it up and start using it.

Doing crafts is a fun and creative way to boost your brain.  Knitting, crocheting, weaving, to name a few, are intellectually stimulating activities that can also help manage stress, anxiety and depression.

In a world of virtual games, kicking it old school is a helpful way to improve your cognitive health.  Chess and Bridge were specifically cited by the study as examples but there’s  a wide variety of games that you can play alone, with the family or with your friends.  Scrabble, Poker, Puzzles, Board Games – anything that stimulates memory and problem solving skills.

In the study, social activities such as going to the movies and theaters can help prevent mental decline.  It is very important for aging adults to socialize and interact with family and friends to not just improve themselves mentally but emotionally as well.

Toni is a contributing author. In addition to writing about the Baby Boomer generation, she also likes to write about relationships and health.
View all posts by Toni Marie →
This entry was posted in Health. Bookmark the permalink.