Posted on November 18, 2016 by Toni Marie
Please share with your friends... 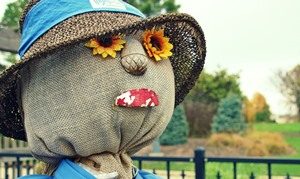 While Thanksgiving is a great time for family members to come together, some may want to travel to get away from the stress of party planning and prepping.  We’re only one week away from this year’s Thanksgiving Day but that’s still enough time to have a quick getaway (wow that rhymed).  Depending on where you live, some of the best cities to celebrate Thanksgiving are no more than just a car drive away.  Whether you love to watch parades, want outdoor adventure or enjoy feasting on Thanksgiving day, I’ve rounded up a list of locations to celebrate this special occasion.

When it comes to Thanksgiving parades, Macy’s Thanksgiving Parade in New York City offers the largest and the best one in the country.  If you’ve always been watching it on TV, it’s probably time to watch it live.  Aside from the parade, New York is also the place for endless shopping and dining opportunities.

Known as the “Christmas Capital of Texas,” it’s on Thanksgiving weekend when Texas kicks off the Light Show Spectacular and when the North Pole Express comes to town.

If you want a taste of history, Plymouth was the landing point of the Pilgrims involved in the “First Thanksgiving” back in the 1620’s.  That’s why the annual parade called “America’s Hometown Thanksgiving Parade” in Plymouth isn’t like other parades.  It doesn’t have giant balloons and characters.  Each element is based on the history of the United States and arranged in chronological order.  The series of activities during Thanksgiving weekend include a number of ceremonies, concerts and street fair.

If you’re looking for a relatively-cheap Thanksgiving destination, Las Vegas is the place for you.  Spending Thanksgiving in Las Vegas isn’t just about sitting in front of the slot machine or feasting on casino buffet.  You can go ice-skating at the Cosmopolitan of Las Vegas as their ice rink opens the day after Thanksgiving.  Series of Christmas shows and musicals also kick off during the Thanksgiving weekend.

Spending the holidays in Disney gives you the best of both worlds.  During Thanksgiving, you can experience traditional dinners and see how the parks and resorts transform into winter wonderland, with holiday-themed decorations and parades, all ready for the Christmas season.