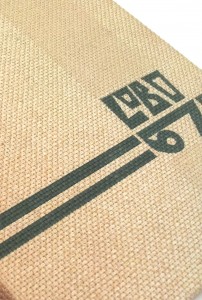 I just got back from my 45th Year High School Reunion, the Class of ’67. It’s only the third reunion I’ve been to. I went to the 10th, but not the 20th or 30th. When 40 rolled around, I had a brand new life, so I worked up my courage and went – and it was a lot of fun! What I discovered at the 40th was something that wasn’t yet apparent at the 10th: these people are really nice, and they don’t all hate me because I’m different. They are all different – each in his own way, but now it’s OK to be that way.  Well, they were nice at the 10th, but I think we all were still working through the class hierarchy as it existed ten years before.

My high school days were really hard on me, as I am sure they are for most people who are still growing up. I have some memories that I had even forgotten about until I started searching my mental history for this post. And I’m so glad those times are in the past! It’s almost like some of that happened to another person! I hope she’s okay, wherever she is, but I honestly hope she doesn’t ever come back to visit!

After the 40th high school reunion, my classmates (and I) began to realize that life didn’t go on forever, and the list of “classmates we’ll miss” was getting longer and longer. That’s why we decided to go ahead and have a 45th instead of waiting the full ten years. Sure enough, we had to add more deceased classmates to the list in just the past five years, and who knows who will be missing by the 50th?

I think the best part of the reunion was meeting people that I didn’t realize even knew me and that I had admired from afar. Turns out they were delighted to see me, as I was them!  Growing up does wonders, doesn’t it?

Other observations, in no particular order:

Summertime is when most schools have their class reunions – have you been to yours? What did you think of it?  Will you go back again?